Why We Need the Manifest Presence of God

Why We Need the Manifest Presence of God 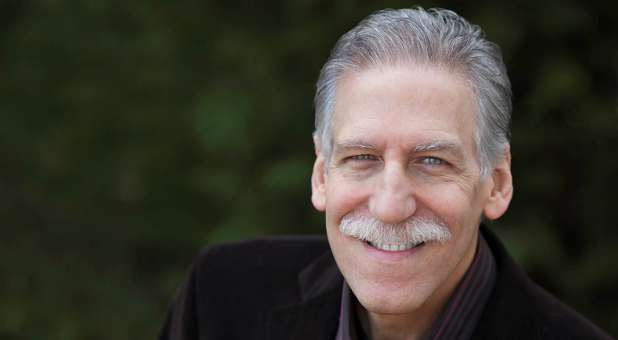 The debate about cessationism vs. continuism—meaning, whether all the gifts of the Spirit are still in operation today—is not just an abstract theological debate. It is often a matter of life and death, and as I heard some testimonies during a recent ministry trip to Canada, I was reminded of how critically important it is to have the manifest presence of God in our midst.

But before anyone misunderstands me, I’m not talking about specific manifestations, nor am I talking about how we respond outwardly to the Spirit’s presence. I’m talking about people having a life-changing encounter with the living God as He moves in our midst.

The first testimony I heard involved a Jewish man in his late 30s or early 40s. Although his mother, brother and sister were believers in Yeshua, he was totally lost and heavily addicted to drugs. In fact, when he showed up one night at a summer tent meeting in Ontario, he was near death.

The pastor leading the meeting was a graduate of our ministry school, and he deeply values the presence of God and the moving of the Spirit. When he saw this drug-addicted young man, he said to himself, “If he makes it to the end of the week, that will be a miracle.”

The man was gaunt and weak, with death in his eyes, the result of years of heavy drug abuse, and no program had been able to help him. But people were praying for his salvation.

That night, the man encountered the risen Lord in power, and he was instantly delivered from drugs.

Now, more than two years later, he is burning bright with passion for the Lord, and a result of his deliverance, his father, the son and grandson of Polish Holocaust survivors, became a believer. In fact, it was his father who shared the story of how the Lord set his son free.

The second testimony was from a young woman about 20 years old, full of joy and glowing with enthusiasm for Jesus.

As a little girl, she witnessed her father having a seizure, and she became so traumatized that from that day on, she suffered from deep depression.

On numerous occasions she tried to take her own life, sometimes accumulating pills with a plan to put an end to her pain, at other times cutting herself as an expression of her torment.

But people were praying for her as well, and one year ago, under that same tent, she encountered the same risen Lord. Her depression vanished instantly, and she has not had another suicidal thought.

Yes, it is absolutely true that we are called to be disciples and make disciples, and that requires day-to-day obedience in big things and little things. It requires ongoing submission to the Word of God and the continual conforming of our character to the image of Jesus by the grace and help of God. It calls for careful and prayerful study of the Word, solid relationships with other believers and a consistent outreach to a dying world.


Without these important foundations, we will not bear lasting fruit for the glory of God.

But this is not the whole picture, and throughout Scripture, we see God coming suddenly and bringing radical, dramatic change, most famously in Acts 2, when the Spirit was poured out on the 120, Peter preached his powerful message, and 3,000 Jews were added to the body in a moment of time. Nothing like that had ever happened before.

Over the course of my years in the Lord, there have been times when a personal breakthrough seemed so difficult, whether it was a besetting sin that seemed so hard to resist or a step of obedience that seemed so impossible to take. And then, during a glorious worship service where the Spirit of God began to move in power or while praying at home alone, the Lord’s presence took hold of me in a profound way, and suddenly that sin was gone or that seemingly impossible step was taken—and it wasn’t hard at all.

At other times, I have witnessed breakthroughs in public gatherings where repentance or healing were suddenly poured out and lives were instantly changed. This is what happens when the presence of God is manifest in our midst.

Moses understood this well, saying to the Lord, “If your Presence does not go with us, do not send us up from here. How will anyone know that you are pleased with me and with your people unless you go with us? What else will distinguish me and your people from all the other people on the face of the earth?” (Ex. 33:15-16, NIV).

Yes, we must love one another so the world will see Jesus in us (John 13:35), and yes, it is by our acts of kindness and compassion that people will glorify our Father (Matt. 5:16).

But that is not all. We serve a risen Lord who has ascended to heaven and poured out His Spirit, and He desires to be glorified in our midst by a demonstration of that divine power. As Paul wrote to the Corinthians, “For the kingdom of God is not a matter of talk but of power” (1 Cor. 4:20).

And that is why, when he brought the gospel to them, he explained, “My message and my preaching were not with wise and persuasive words, but with a demonstration of the Spirit’s power, so that your faith might not rest on human wisdom, but on God’s power” (1 Cor. 2:4-5).

Where is the demonstration of the power of God in our midst?

Michael Brown is author of The Real Kosher Jesus and host of the nationally syndicated talk radio show The Line of Fire on the Salem Radio Network. He is also president of FIRE School of Ministry and director of the Coalition of Conscience. Follow him at AskDrBrown on Facebook or @drmichaellbrown on Twitter.